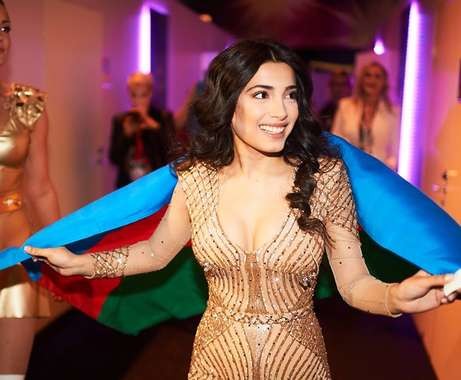 The organizers of the 2016 Eurovision Song Contest, SVT and the EBU, have revealed the running order for the Grand Final, which takes place on May 14 in Stockholm.

The running order was proposed by the producers of show (SVT) and approved by the EBU Executive Supervisor, Jon Ola Sand and by the Chairman of the Reference Group, Dr. Frank-Dieter Freiling.

Azerbaijan's representative at Eurovision 2016 Samra Rahimli will perform her song 'Miracle' under the number four.

The 2016 Eurovision Song Contest in Stockholm is going to be the biggest contest for years with 43 participants, equaling the record set in both 2008 and 2011.

Globen Arena, the venue for international song contest is the largest hemispherical building in the world. Its capacity is 16,000 seated spectators for shows and concerts.

For the first time in the history of the Eurovision Song Contest, a non-contestant Global Superstar, Justin Timberlake, will enter the Eurovision stage in Stockholm. He will perform his new track, 'Can't Stop The Feeling' , as an “interval act” when this year’s finalists have completed their performances.

Azerbaijan debuted at the Eurovision contest in 2008 and has always presented remarkable shows since then. On its fourth attempt with Ell and Nikki's Running Scared song, the Land of Fire won the event, bringing the contest to Baku’s Crystal Hall in 2012.

The running order for the Grand Final