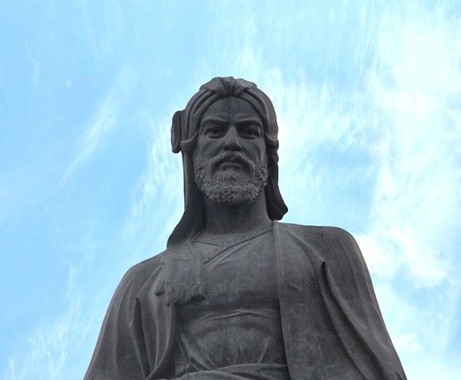 A statue of prominent Azerbaijani poet Nizami Ganjavi has been unveiled in Ljubljana, Slovenia.

Deputy Mayor Ales Cerin thanked the Azerbaijani side for assistance in erecting the statue. He said he was honored that a statue of great Azerbaijani thinker and poet Nizami Ganjavi was unveiled in the Slovenian capital.

Elmar Valiyev thanked the Slovenian side on behalf of the Azerbaijani people and Ganja residents. He said the fact that the statue stands in Ljubljana would deepen the friendly relations between the two countries’ people.

Azerbaijani businessman Artur Abdinov said he was honored as Nizami Ganjavi was immortalized in another European city.

An Azerbaijani carpet with motifs of Nizami Ganjavi’s works was presented to Ljubljana Municipality.

The statue was made by Ukrainian sculptor and architect Seyfeddin Gurbanov.