'Icherisheher' film to be presented 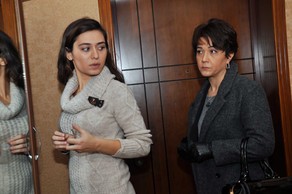 Presentation ceremony of 'Icherisheher' full-length feature film, which has been produced at 'Azerbayjanfilm' film studio named after Jafar Jabbarli by the order of the Ministry of Culture and Tourism, will be held.

Gala night of the film will be organized on March 1. Film crew will attend the event.

The film is about love of a young girl towards Karabakh war veteran. Lead roles are performed by Tahmina Rafaella, Firdovsi Atakishiyev, Mehriban Zeki and Elmira Shabanova.

Film shooting carried out in Baku and Zagatala district of Azerbaijan.