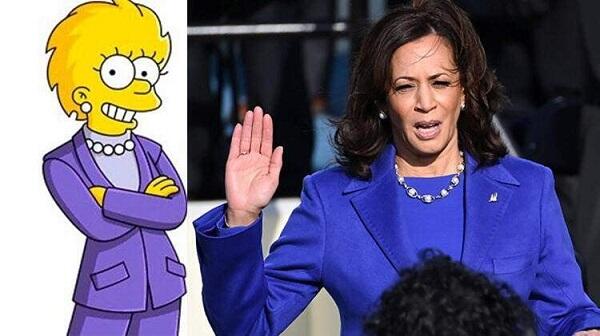 In one episode of the animated series The Simpsons, Lisa Simpson's image as president has been compared to that of new US Vice President Kamala Harris.

Axar.az reports that in the photo spread on the social network, he drew attention to the similarities in necklaces and suits.

It has been claimed that Kamala Harris dressed as Lisa Simpson at the inauguration ceremony, which is another "prophecy" of the "Simpsons" cartoon.