The most expensive whiskey of the world - $1.37 Million 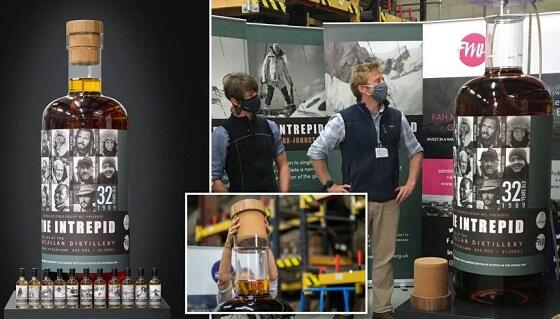 The Edinburgh-based auction house Lyon and Turnbull witnessed something special as well as unusual last week.

Axar.az reports citing foreign media that the world’s largest bottle of scotch whiskey got sold for $1.375 million at the auction to an anonymous international collector.

The bottle 'The Intrepid', named after 11 world’s prominent British explorers like Olly Hicks, Sir Ranulph Fiennes, Will Copestake, Dwayne Fields, and Karen Darke, was put to online auction on Wednesday. Following the bidding from different people across the world, the anonymous man won it for a whopping 1.1 million British Pound. The single malt whiskey had been distilled at Scotland’s Macallan Distillery since 1989 and it took 32 years to get mature.