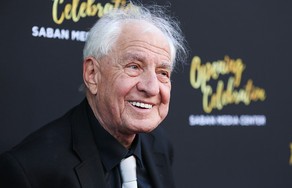 Garry Marshall, the prolific producer, writer, and director whose career spanned nearly six decades, has died at the age of 81.

According to the Russian TASS, an agent Michelle Bega gave this news. The director was best known as the creator of long-running sitcom Happy Days and its numerous spinoffs, as well as the director of Pretty Woman, The Princess Diaries and Runaway Bride.

According to the agent, the director had complications from pneumonia. Before that, he had a stroke.

In the 1980s he began directing feature films, starting with 1982’s slapstick hospital comedy Young Doctors in Love; his other early directorial successes include Beaches and Overboard. He also worked as an actor—his credits stretch back to a bit part in Goldfinger—and handed in this legendary performance as a befuddled casino manager in Albert Brooks’ 1985 film Lost in America.

His funeral will be closed to the public.