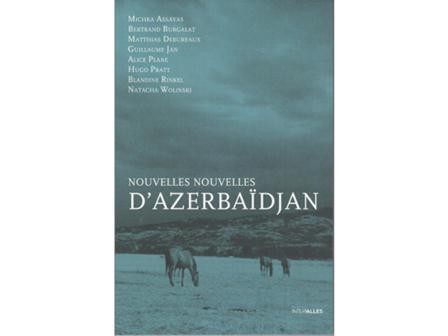 A book entitled "Nouvelles Nouvelles D’Azerbaidjan"(New novellas about Azerbaijan) was published in France.

The book was published at the initiative of the France-Azerbaijan friendship group, supported by the Culture and Tourism Ministry, the French Embassy in Baku, Unibank, the French company "Total", Baku International Centre of Multiculturalism and the UFC.

The publication includes short stories by modern French writers dedicated to their visit to Azerbaijan.

The novels feature such beautiful Azerbaijani cities as Baku, Sumgayit, Gabala and Sheki.

The book also talks about secular, tolerant state with a tradition of multiculturalism.

Tolerance and multiculturalism in secular Azerbaijan is a style of life for over 9.6 million people living at the crossroad of the East and West, and combining traditions and cultures. Despite the fact that the overwhelming majority of the population (about 96 percent) of the country is Muslims, worshippers of other religions enjoy freedom here, and one can often witness Jewish synagogues and Orthodox and Christian churches and other religious centers functioning freely.

Here in Azerbaijan, the representatives of all religions and nationalities live here as a family, in an atmosphere of peace, friendship, tranquility and mutual understanding. This is Azerbaijan's great heritage, a great advantage.