Azersky to bring over $200 million 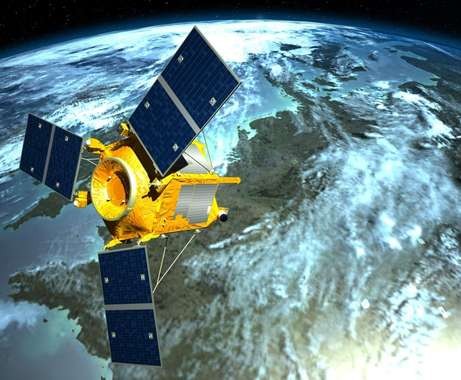 Azerbaijan’s low-orbit satellite Azersky will bring more than $200 million in revenue within the next 12 years.
The Cabinet of Ministers noted this in a report to be discussed by the Azerbaijani Parliament on March 15.

Azersky was transferred to Azerbaijan based on an agreement signed between Azerbaijan's satellite operator Azercosmos and the French Airbus Defence and Space.

The satellite allows to survey the 6-million square kilometers of Earth's surface daily. In fact, it means that Azerbaijan’s territory is being monitored every day.

The report also noted that Azercosmos signed a loan agreement worth 132 million euros with the Japanese Sumitomo Mitsui Banking Corporation and Mizuho Bank in 2015 get funds for the purchase of a terrestrial station to control AzerSky.

Meanwhile, the launch of Azerspace-2, the country’s second telecommunication satellite will cost $63 million, which is cheaper by $30 million, the report reads.

Designed to provide digital broadcasting, Internet access, data transmission and creation of VSAT multi-service networks, Azerspace-2 is scheduled to be launched in 2017.

In 2015, Azercosmos and the French Arianespace company signed a contract worth $63 million on launching of the satellite, while launching of Azerspace-1 amounted to $93 million.

The second satellite program will be financed by the Export Development Canada export credit agency, the Cabinet of Ministers reported.