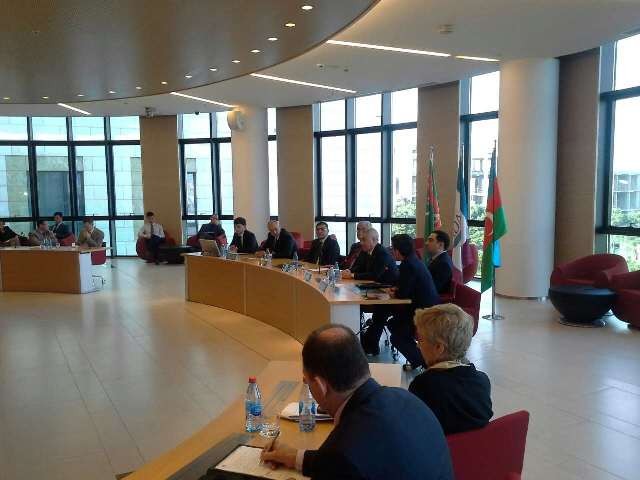 He made remarks at an international scientific conference titled "The role of Turkmenistan and Azerbaijan on the way of recreation a new "Silk Road" between Europe and Asia", organized by the Turkmen embassy together with ADA University.

The protocol on cooperation in this field has recently been signed during the visit of the Azerbaijani delegation to Turkmenistan, said Gurbanov.

“We think that if we define the tariffs, then we will be able to provide access of goods to Europe via a new route, originating in Afghanistan and passing through the territory of Turkmenistan and Azerbaijan,” he noted.

“According to our preliminary estimates, 14-16 million tons accounted only for the cargo turnover of Uzbekistan,” he said.

Today, major part of cargos is transported through Russia and Kazakhstan to the Black Sea bypassing Turkmenistan, according to him.

Today, Azerbaijan is engaged in the development and expansion of internal transport corridors, said Gurbanov.

“Goods from China will be delivered to the new port of Aktau in Kazakhstan, which will be connected with the Baku International Sea Port in Alat settlement, from where they will be transported via the Baku-Tbilisi-Kars route to Turkey and through the Black Sea ports to the European markets,” he noted.

The volume of freight traffic between Europe and China is about 100 million tons, or about $600-650 billion, according to him.

“It makes about 90 percent of China's exports and about 10-15 percent of European exports. Major part of the cargo accounted for maritime traffic,” he added.