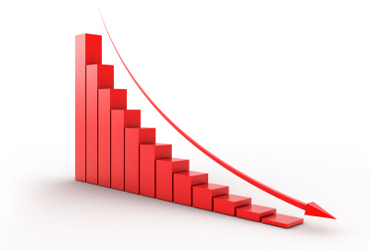 Economic growth in developed countries slowed sharply in the first three months of 2017, as the U.S., the U.K. and France experienced weak starts to a year that is widely expected to yield an acceleration of the global recovery.

The Organization for Economic Co-operation and Development on Monday said the combined economic output of its 35 members during the first quarter was 0.4% higher than in the final three months of 2016, a slowdown from the 0.7% rate of growth recorded at the end of last year.

The slowdown underlines the still anemic nature of the recovery from the global financial crisis and the recession that followed. The weakening of growth was largely due to the U.S., which has regularly recorded tepid first quarters over recent years.

While the U.K. and France also saw first-quarter slowdowns, they were partly offset by pickups in Germany and Japan.

The first quarter slowdown across developed economies isn’t expected to persist through the rest of 2017, with the Federal Reserve Bank of Atlanta’s measure of U.S. economic growth pointing to a sharp rebound in the second quarter, while available indicators of activity for the U.K. and France point to more modest revivals. It is therefore unlikely to affect the policy decisions of the leading central banks over coming months.

A number of international bodies have recently raised their global growth forecasts for this year, seeing signs of stronger trade flows and investment spending. The International Monetary Fund now expects the world economy to grow by 3.5% in 2017, having previously forecast a 3.4% expansion. If realized, that would be the fastest expansion in five years.

However, economists caution that the scale of the anticipated pickup will partly depend on the Trump administration’s ability to deliver on promises of a tax overhaul and infrastructure spending, while trade frictions and China’s debt problems could derail it entirely.