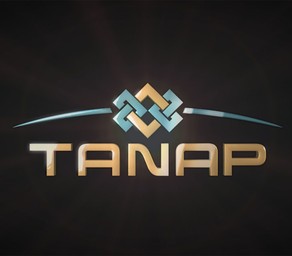 Despite the low oil price and the need for foreign loans, the development of Trans Anatolian pipeline (TANAP) continues to follow the projected schedule.

According to the Natural Gas Europe website, Vagif Aliyev, Head of Investments Department of the State Oil Company of Azerbaijan Republic (SOCAR) said.

V.Aliyev added that there is no financial obstacle to developing the project and the length of produced pipes for TANAP stood at 1088 km as of April 25.

According to him, 893 km are positioned on the route from the Georgia-Turkey border toEskishehir, about 475 km of these pipes were welded.

Notably, some $2.13bn of credit is expected to be allocated by the World Bank as well as the European Investment Bank to the project in coming months. The funding will be used by Turkey’s pipeline company BOTAS, which holds 30% interest in TANAP and will itself invest $780mn in the project.

TANAP is a pipeline, which will transport the gas, produced within development of second phase of Azerbaijan's 'Shahdeniz' field in the Caspian Sea, to Turkey and then to Europe. TANAP, which is a branch of the Southern Gas Corridor project is being constructed in the territory of Turkey. The pipeline will connect with Trans-Adriatic Pipeline (TAP), designed to transport Azerbaijani gas to Europe through Turkey-Greece border.

On March 17, 2015, groundbreaking ceremony of the TANAP has been held in Kars, Turkey with participation of Azerbaijani, Georgian and Turkish presidents. Initial capacity of the pipeline, which is planned to be put into operation in 2018, will be 16 billion cubic meters per year. About 6 billion cubic meters of this gas will be transported to Turkey, the remaining to Europe. The TANAP pipeline will have two starting point in Eskisehir, Turkey and in Thrace. The sale of gas in Turkey will be carried out by BOTAS company. The total length of the pipeline is 1 850 km. 19 km section of the pipeline will pass through the Sea of Marmara.