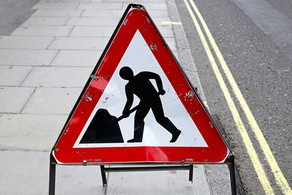 Today painting of road line and guide lines as well as pedestrian crossings (stripes) has been started in order to regulate traffic in Baku city.

Painting has been launched on Zagulba Avenue at 11:00 local time.

It was told in the press service of 'Azeravtoyol' OJSC.

According to the information, traffic will be partially limited in both directions on the mentioned avenue due to the paintings (not fully closed). Painting works will last till evening.

In the evening at 23:00 local time, painting of road line and guide lines as well as pedestrian crossings (stripes) will be carried out on Kovkab Safaraliyeva and Richard Sorge Streets of Nasimi district. Traffic will also be limited on the mentioned streets till morning.