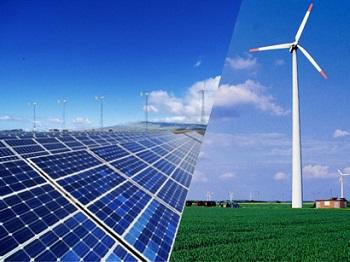 Pakistan on Tuesday invited Turkish companies to invest in the country's power sector and take advantage of investment opportunities.

The invitation was extended by Omar Ayub Khan, Pakistan's minister for power and petroleum, during a meeting with Turkey's envoy to Pakistan Ihsan Mustafa Yurdakul in the capital Islamabad.

The Pakistani minister said that the energy sector in his country is growing rapidly and the renewable energy potential is enormous which needs to be tapped by the foreign investors.

"Fruitful exchange with @OmarAyubKhan," Yurdakul tweeted after the meeting.

Turkish President Recep Tayyip Erdogan was expected to pay an official visit to Pakistan on Oct. 23-24 but the trip was postponed. A new date for the visit has yet to be announced.

The Turkish ambassador thanked the minister for continued support to the Turkish companies operating in Pakistan, the statement said.
Yurdakul said that many Turkish investors are "closely following the growing energy sector of Pakistan and are ready to invest in its various fields."

Erdogan is the only foreign dignitary who addressed the joint session of Pakistani parliament thrice. As prime minister, Erdogan addressed the Pakistani lawmakers in 2009 and 2012, and as president in 2016.

Turkey and Pakistan have strong brotherly relations, diplomatic ties between the two countries were established in 1947 soon after Pakistan came into being as the then-largest Muslim country on the world map.

Turkey was among a few countries that quickly recognized Pakistan after its creation and supported its successful bid to become a member of the United Nations.