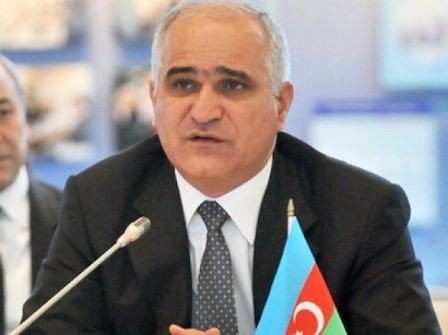 He said Mahmoud Vaezi, minister of communications and information technology of Iran, co-chairman of the intergovernmental commission, invited Shahin Mustafayev to Qazvin city to get familiar with the development of Qazvin-Rasht-Astara railway.

This route is projected to connect Persian Gulf to Russia and Black Sea through Azerbaijan.

Vaezi told Trend on April 24 that Azerbaijan agreed to open a $500 million credit line to finance the Rasht-Astara railway project.

He added that Iran has completed the Qazvin-Rasht section by 92 percent and the remaining needed rails are expected to be laid in the near future and become operational by late 2016.

The plan for transiting 10 million tons of goods per year from the Persian Gulf to Russia and the Black Sea, as well as to Europe, will be realized after launching the Rasht-Astara railway and connecting Qazvin to Astara through that railway.

Iran's Ambassador to Baku Mohsen Pak Ayeen told Trend on Apr. 20 that goods are currently transited from India to Europe in 60 days, but after completing the North-South corridor the transit period will be less than 14 days.