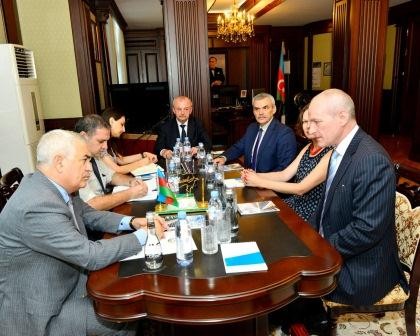 He said that the decision was made during the meeting between Javid Gurbanov, head of Azerbaijan Railways CJSC, and William Wilson, sales and commercial director at Siemens.

"The sides discussed the prospects for further strategic cooperation and made a decision on its expansion," Azmammadov added.

Azmammadov said that a workshop on the implementation of projects in the field of centralization and blocking systems was organized for Azerbaijan Railways CJSC.