Azerbaijani side will be able to supply gas to Georgia 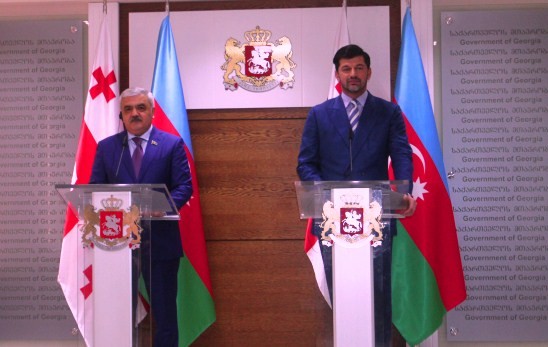 Azerbaijan will have no problem in supplying Georgia with natural gas till 2030 under the agreements, newly signed between Azerbaijan and Georgia.

According to the SOCAR President Rovnag Abdullayev said at the press conference, held after today's signing ceremony in Tbilisi in regard with gas transportation between the State Oil Company of Azerbaijan Republic (SOCAR) and the Georgian government.

He said Azerbaijani side will be able to supply gas to Georgia.

Georgian Deputy Prime Minister, Energy Minister Kakha Kaladze said several steps have been carried out for supplying Georgia with additional gas: 'One of these steps is to meet Georgia's gas supply with the help of Azerbaijani side. SOCAR has successfully resolved technical problems and achieved transportation of additional 500 million cubic meters of gas to Georgia.'

The minister stated price of the purchased gas will be determined by special formula: 'Gas price will be calculated under that formula according to increase and decrease of oil and oil products prices in the world market. He also added SOCAR will reduce prices by 35-40% in the gas stations in Georgia.

K.Kaladze noted SOCAR is carrying out a number of successful projects in Georgia, builds gas stations. He expressed his gratitude to the Azerbaijani government as well as to SOCAR for provided support and mentioned it as an obvious case of friendly and brotherly relations between Azerbaijan and Georgia.

According to K.Kaladze, Azerbaijan made great concessions for Georgia: 'After completion of 'Shah Deniz 2' project in 2018-2019, Georgia will be able to buy more volume of national gas. So, Azerbaijan-Georgia relations will develop further.'

R.Abdullayev expressed his gratitude to the Georgian government for appreciation of Azerbaijani side and for cooperation in the field of energy as well as noted Azerbaijan is also interested in development of this cooperation: 'Our cooperation will develop further.'