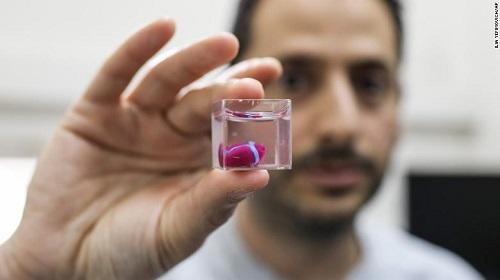 Axar.az reports citing AA that Dilek Gursoy, 43, was granted the German Medical Award last week as she became the first female surgeon to implant an artificial heart in 2012 and her ongoing work in the area.

"I have been thinking of realizing this for around 5-6 years and I further focused on this field in the last two years. I quit the hospital where I worked last month and I am now conducting meetings about establishing this artificial heart center," she said.

Gursoy - who was born in the German city of Neuss and graduated from the university in 2003, spoke how she worked to realize her dreams.

"I dreamt of becoming a doctor since I was young … I set this goal and succeeded in it in due course.

"Studying at the medical faculty was not an easy thing. I worked with determination and completed the faculty within six years," she said.

Gursoy will receive her prize during a ceremony to be held in Dusseldorf on Nov. 18.