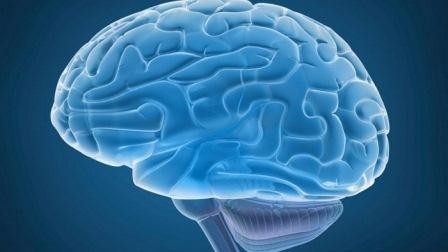 Scientists may be a step closer to having a good target for drugs that could treat at least some cases of the misery-rendering malady of obsessive-compulsive disorder.

A new study in the journal Biological Psychiatry finds that when a certain receptor in the brain goes into warp overdrive, it causes symptoms in mice that look a lot like OCD in humans: The rodents can`t stop licking and grooming themselves. They also showed signs of anxiety. What`s more, when the researchers took the receptor activity back down to normal levels, the OCD behavior went away in minutes.

"[This] raises the possibility that this receptor and its signaling pathway in the brain may have a role in people with compulsive behavioral problems," said senior author Nicole Calakos, MD, PhD, associate professor of neurology and neurobiology at Duke University Medical Center in Durham, North Carolina. "A really important next step is finding just which people and just which problem."

More than 3 million people in the United States suffer from OCD, a disease that manifests differently in different people. Some can`t stop washing their hands. Others need to put objects in a particular order, or keep checking to make sure the door is locked—sometimes dozens of times a day.

Scientists are only beginning to home in on what`s going wrong in the brain. And although there are treatments for the condition—commonly selective serotonin reuptake inhibitors, or SSRIs (like Prozac)—they can take weeks to kick in and may not help everyone.

Several years ago, researchers noticed that mice who were engineered to lack a gene called Sapap3 started grooming compulsively. These researchers looked more closely and found that one of the problems with these mice was that a brain receptor called mGluR5 was overactive.

That still wasn`t enough information to explain what was happening in the brains of mice with OCD-like symptoms.

"We [said] okay we found it, but does it matter for the behavior? Is it relevant?" Calakos said. "There could be 20 other receptors that we haven`t looked at. One of those could be a problem."

Or it could be another mechanism entirely.

But the answer to their questions, it turned out, was "yes." When they blocked mGluR5 with an experimental drug, the symptoms went away and they went away immediately, not in days or weeks. The researchers also found you could boost the receptor in a normal mouse and see OCD-like symptoms appear.

"Normally this receptor gets turned on when the neurotransmitter is released from a connected cell," Calakos explained. "In these mouse brains, the receptor is on all the time whether or not the transmitter is coming from the other cell."

It`s as if the deadbolt on the front door of a house (the cell) is broken. In mice who are missing the Sapap3 gene, "the deadbolt is turned open so the lock is unlocked from the inside all the time," Calakos explained.

The experimental drug the researchers used to turn off the receptor was actually developed to treat Fragile X Syndrome, a genetic disorder that causes learning disabilities and other problems. The drug was not successful in clinical trials for Fragile X, but Calakos is hopeful that it, or a similar compound, could be developed for other conditions.

Before those steps can be taken however, the researchers first need to see whether the same mechanisms they found in mice occur in humans. The main challenge? Finding the neuroimaging and other tools to do that research, says Dr. Calakos. "It`s really getting a getting a look at how the brain`s working in a living person, but very hopeful," she says.

Calakos is also optimistic that the research may help clear up some misunderstandings about mental illness: "One of the really interesting findings is that . . . we can take a complex set of behaviors and boil it down to a single protein," she said. "We`re used to thinking of medical diseases as being due to a problem with a single protein, like diabetes, but people don`t think of psychiatric diseases this way. These kinds of studies could help destigmatize mental illness."