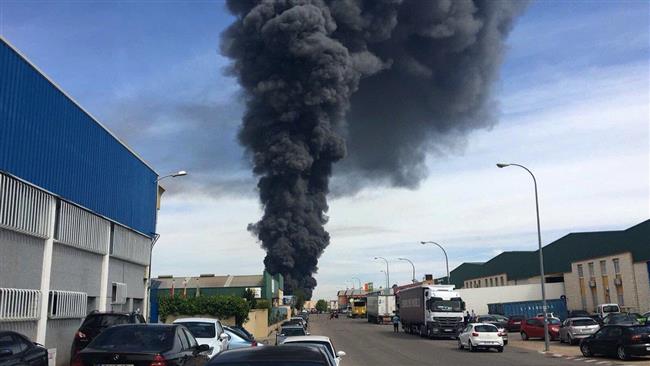 Some 30 people have been injured in a fire and several explosions in a waste treatment factory near the Spanish capital of Madrid.

Axar.az reports citing to PressTV official on Thursday ordered evacuation of schools and offices near the Requimsa factory in Arganda del Rey after a blaze caused several explosions in the facility, where chemical waste is recycled.

Emergency services said three people had been seriously injured, two from burns and one with a fractured pelvis.

The cause of the blaze was unknown and an investigation is underway.

A similar fire erupted in the factory, located about 30 kilometers southeast of Madrid, in 2013. Some said it could be an act of sabotage, as the factory is located near residential buildings and treats chemical waste.

"It's a little bit suspicious and dangerous that there was the fire in 2013 and now this, because there are houses very nearby," said Samuel Vadillo, who lives close to the facility. The 21-year-old said loud explosions broke windows and blew doors open in his house.

The company that owns the recycling site said on its website that it “manages and collects all types of hazardous waste.”