Zoo employee killed while trying to rape an alligator 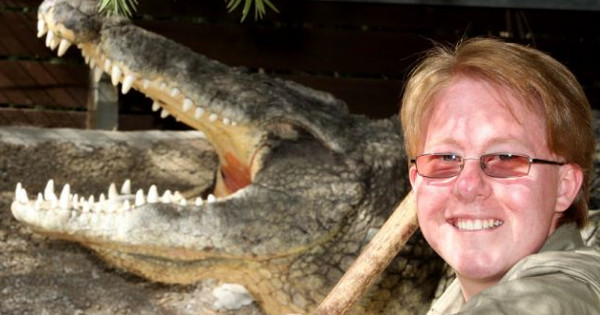 A zoo keeper was killed this morning in the alligator enclosure of the Naples Zoo, while he was attempting to sexually assault a 12 foot long reptile.

According to Captain Henri White, spokesman of the Naples Police Department, 24-year old Jimmy Olsen was engaged in full sexual intercourse with one of the younger reptiles, when he was surprised by one of the larger animals which attacked from behind.

The young man was caught by the throat by the alligator, who dragged him underwater and drowned him.

Jimmy Olsen’s death took place around 6:00 AM this morning, but his disappearance was noticed only an hour later by other employees. They finally discovered his dismembered body floating in the pool of the alligator enclosure around 8:30.

“The images captured by the security cameras show that Mr Olsen had clearly placed himself in a very vulnerable position,” Captain White told reporters. “He had his pants around his knees and was lying down on top of one the animals, with his back to the others. The poor guy didn’t stand a chance! We can see him being dragged in the water, then he disappears from sight. He was probably dead within thirty seconds of the attack.”

Although Mr. Olsen’s is the first zoo worker to die while having sexual intercourse with an animal, he is not the first one to be implicated in an incident implicating bestiality.

In 2002, three employees of the Columbus zoo were condemned, after it was revealed that the zookeepers allowed people into the zoo after business hours for the purpose of copulating with the animals.