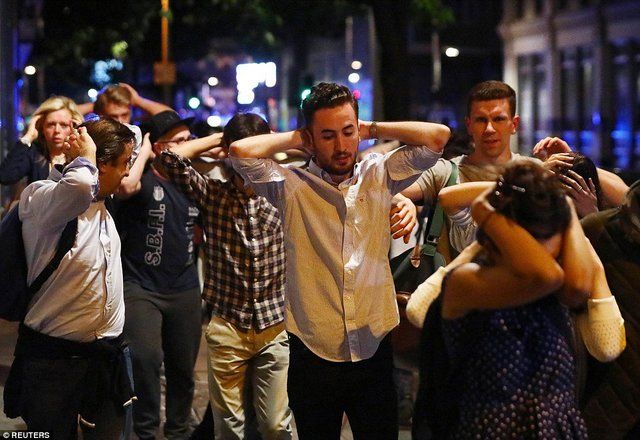 Twelve people have been arrested after the London terror attack which left seven people dead and 48 injured.

The arrests in Barking, east London, followed a raid at a flat belonging to one of the three attackers.

A white van hit pedestrians on London Bridge at about 22:00 BST on Saturday, then three men got out and stabbed people in nearby Borough Market. They were shot dead by police minutes later.

Condemning the attack, Theresa May said it was "time to say enough is enough".

Controlled explosions were also carried out at the flat in Barking on Sunday morning.

According to neighbours, the dead attacker had lived there for about three years and was married with two children.

It is the third terror attack in the UK in three months, following the car and knife attack in Westminster in March, which left five people dead, and the Manchester bombing less than two weeks ago, in which 22 people were killed.