A Russian reporter was attacked during a live broadcast - Video 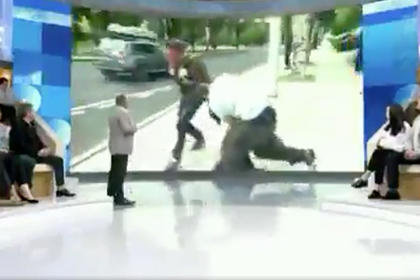 A Russian military correspondent in the Donetsk region of Ukraine and author of the VarGonzo project, Semona Pegova, was attacked during the live broadcast of the program "Time to show" broadcast on Russia's First Channel.

An unknown man attacked correspondents and attempted to shoot them.

Later, the military correspondent said everything was in order, and the attacker was trying to sabotage.