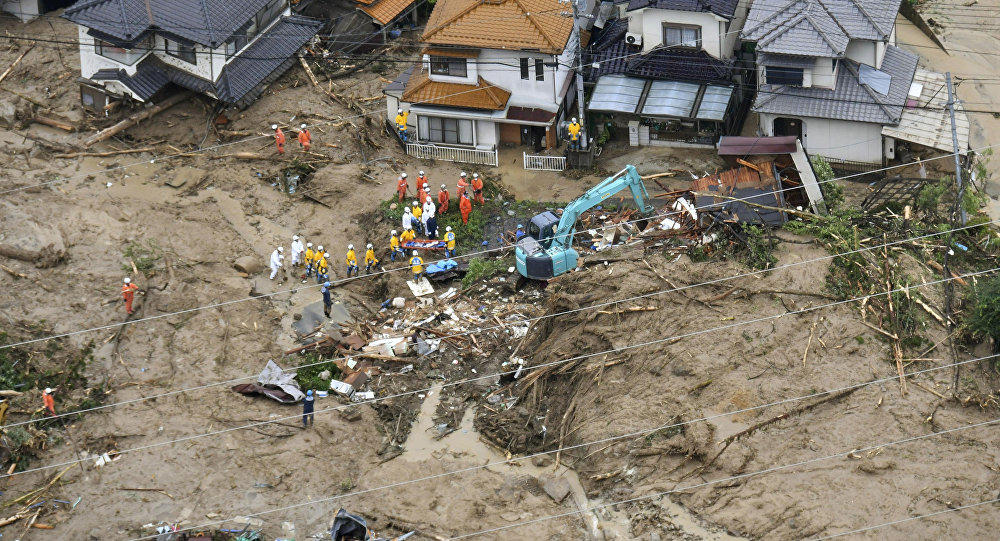 At least two people were killed and 38 were missing after a powerful earthquake paralyzed Japan’s northern island of Hokkaido on Thursday, media reported, but the death toll was likely to rise as rescuers searched houses buried by landslides.

The quake also knocked out power to Hokkaido’s 5.3 million residents.

Public broadcaster NHK said five people were found “unresponsive”, a term commonly used in Japan before death is formally confirmed, and another 120 were injured after the 6.7-magnitude quake struck before dawn.

Aerial footage showed dozens of landslides exposing barren hillsides near the town of Atsuma in southern Hokkaido, with mounds of reddish earth and toppled trees piled up at the edge of green fields. The collapsed remains of what appeared to be houses or barns were scattered about.

“The shaking was really terrible,” an unidentified man in Atsuma told NHK. “I thought the house was going to collapse.”

Other scenes from the southeastern part of Sapporo, Hokkaido’s capital, showed crumbled roads and mud flowing onto the main street.

The entire island lost power for the first time since Hokkaido Electric Power Co (9509.T) was created in 1951. The utility conducted an emergency shutdown of all its fossil fuel-fired power plants after the quake.

All trains across the island, which is about the size of Austria, were also halted.

The government said there was damage to the Tomato-Atsuma plant that supplies half the electricity to the island’s 2.95 million households.

The utility was trying to restore some power from hydroelectric and other fossil-fuel sources on Thursday and aimed to bring other plants online by Friday, industry minister Hiroshige Seko told reporters. It may take a week to restore power fully to all residents, he said.