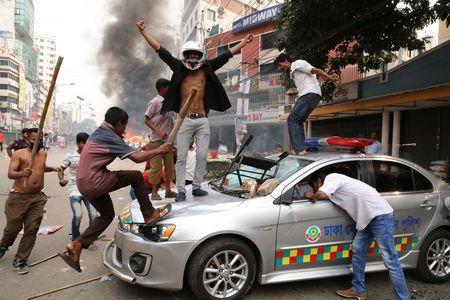 Her old rival, Khaleda Zia, who leads the main opposition Bangladesh Nationalist Party (BNP), is in jail after being convicted on charges she says were politically motivated.

The BNP boycotted the last election, in 2014, as unfair, but has said it will take part this time, though it is seeking international monitors of polls it believes will be flawed.