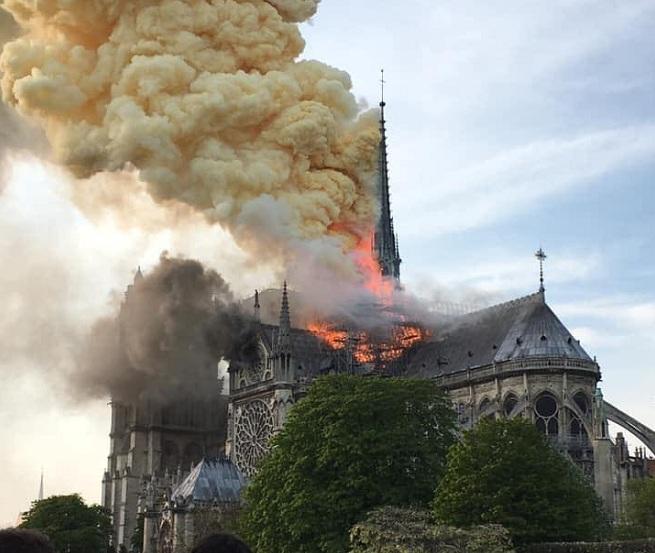 A fire has broken out at the famous Notre-Dame cathedral in Paris and has spread rapidly across the building.

The cause was not immediately clear, but officials say that it could be linked to renovation work.

Images on social media show plumes of smoke billowing into the air above the 850-year-old Gothic building.

Last year, the Catholic Church in France launched an urgent appeal for funds to save the cathedral, which was starting to crumble.

A major operation is under way to tackle the blaze, which broke out on Monday afternoon. An area surrounding the building in central Paris has been cleared, officials said.