The number of Russians to protest in Moscow keeps rising 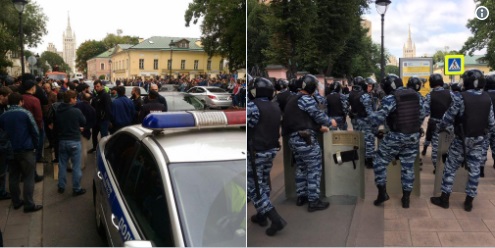 Axar.az reports citing foreign media that since July 14, these events have taken place every weekend, and the August 3 rally will be the fourth, so far.

Despite the fact that only one of these protests had a city permit (the Sakharov Prospekt demonstration on July 20, which 22,500 people attended), each subsequent event has attracted more and more people on Facebook.