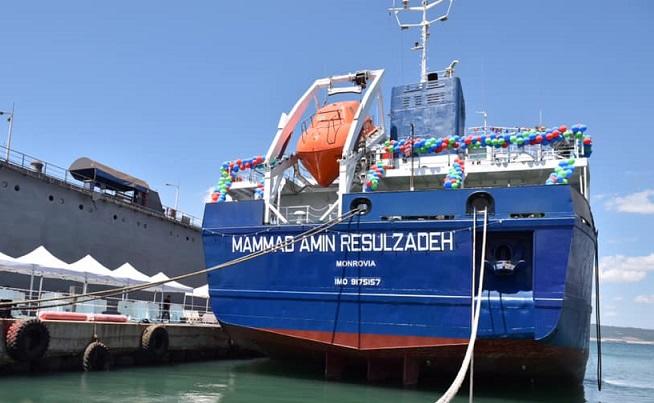 Palmali: Tanker named Mammad Amin Rasulzadeh collides with Doric Warrior in Sea of Marmara
A tanker recently launched by the Palmali group of companies, conveyed to the waters of the Sea of Marmara, for still not determined reasons collided with the Doric Warrior ship flying under the Liberian flag.

Axar.az reports that to prevent the consequences of the accident, coastguard officers and security service were involved. At the time of the incident, there were 14 people on board, and no casualties reported. The expert team of the company is currently at the scene and is calculated the damage. According to the company, the information on the ship's loading was incorrect, the ship received its first order and was at the port.

The head of the Palmali company, Mubariz Masimov, in social networks confirmed the collision of the tanker but denied the ship’s congestion, noting that the ship received its first order and was in port.

Recall that a few days ago, one of the Palmali vessels was renovated and put into exploitation under the name of Mammad Amin Rasulzadeh. According to Turkish media, the ship was put into operation 21 years ago.