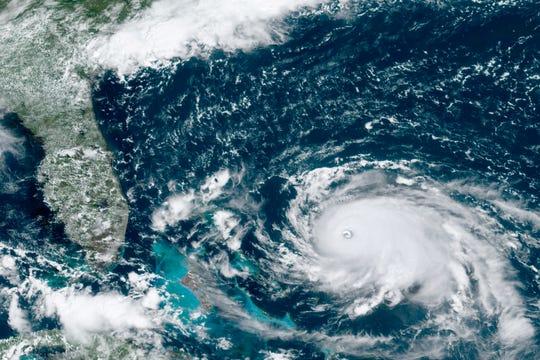 Hurricane Dorian is moving very slowly northwest over the Bahamas, leaving devastation and flooding in its wake.

Satellite images showed large areas under water, including the Grand Bahama International airport and the town of Marsh Harbour on Abaco Island.

Dorian fell in strength on Tuesday to category two, but the northwest islands continue to endure heavy rain, high winds and storm surges.

Five people were killed when the storm hit the Abaco Islands.

Residents of the northern Bahamas, some trapped on roofs, sent out pleas for help as the storm thrashed the islands on Monday night, stalling at category five with 185mph winds.

The eastern US coast remained on alert for the hurricane.