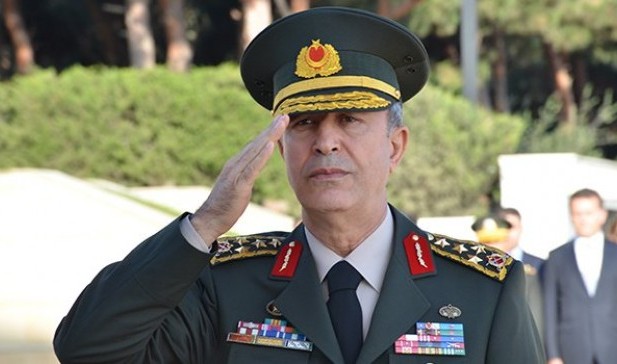 On 9 October, Turkey launched a military operation in northeastern Syria against Kurdistan Worker’s Party (PKK), which Ankara considers a terrorist organization, and its armed wing: the People’s Protection Units (YPG). Turkey says the offensive is aimed at clearing the border region of terrorists and establishing a safe zone.

Axar.az reports citing foreign media that as many as 342 terrorists have been killed as a result of Turkey's offensive in Syria's north, Turkish Defense Minister Hulusi Akar said on Friday.

"The operation continues successfully, as we have planned. As of now, 342 terrorists have been neutralized," Akar said.
According to previous data provided by the Turkish Defense Ministry, the number of dead terrorists stood at 277.

Earlier this week, Turkish President Recep Tayyip Erdogan announced the beginning of a military operation in northeastern Syria. He said the offensive is aimed at ousting Kurdish militants from the border area and setting up a safe zone where Syrian refugees could be accommodated.