Openings may lead to increase in numbers - TABIB
﻿ 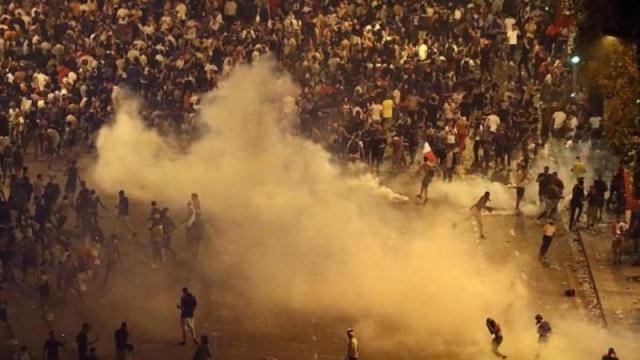 Clashes between yellow vest protesters and police lead to 33 arrests in the French capital.

Axar.az reports citing Guardian that Paris police fired teargas in north-western and southern Paris to drive back protesters who were marking the first anniversary of the anti-government “yellow vest” demonstrations.

On Saturday demonstrators at the French capital’s Place d’Italie, many clad in black and hiding their faces set bins on fire and hurled projectiles at riot police while building barricades.

According to reports, police also intervened to prevent a few hundred demonstrators from occupying the Paris ring road.33 people had been reported as arrested by 11.30 am.

The gilets Jaunes protests, named after the high-visibility jackets worn by demonstrators, erupted in mid-November 2018 over fuel price hikes and the high cost of living. The demonstrations spiraled into a broader movement against the French president, Emmanuel Macron, and his economic measures.