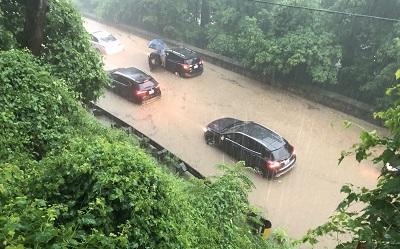 Major incidents have been declared in south Wales and parts of England after flooding and landslides, as Storm Dennis continues to batter the UK.

Efforts are under way to rescue people after water rushed into their homes in Powys, and some properties in Neath and Monmouthshire have been evacuated.

Homes have also been flooded in Herefordshire, where one resident said the storm had hit "like a tornado".

More than 300 flood warnings have been issued across the UK.

There are currently four severe flood warnings in England and two in Wales, which mean there is a danger to life.