5.8 magnitude earthquake was felt in Azerbaijan 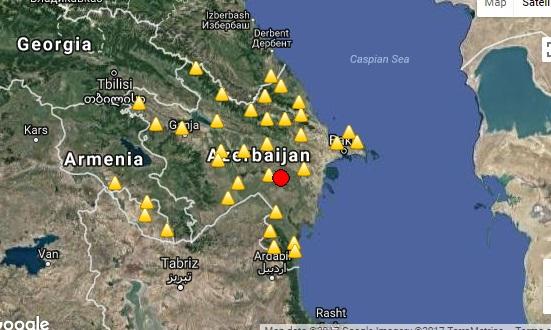 An earthquake occurred in Lankaran region.

Axar.az reports citing the Republican Seismological Service Center under the National Academy of Sciences of Azerbaijan.

An earthquake measuring 5.8 on the Turkey-Iran border was hit at 20:00, 110 km south-west of Nakhchivan station.

The earthquake was felt in the Nakhchivan Autonomous Republic by 3-4 magnitude.

An earthquake also occurred in the same area this morning, killing nine people in Van.