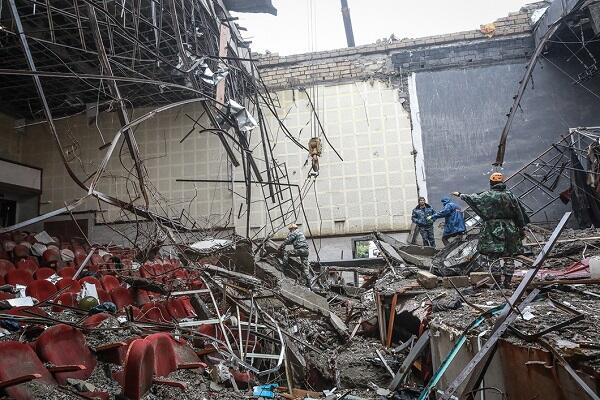 On October 4, more than 300 servicemen of the Armenian army gathered at the Cultural Center in Shusha. Despite the fact that it was held in a civilian facility and in secret, the Azerbaijani intelligence learned about it and fired an airstrike during the meeting. So far, we have removed 19 bodies.

Axar.az reports that the statement came from Russian journalist Ilya Azara, who was reporting from Shusha, according to the Ministry of Emergency Situations. Some of them said that shortly before the explosion, there were about 300 servicemen in the building, not 300, including high-ranking officers.

They said many people were still trapped under the rubble.

It should be noted that the building where the leader of the Karabakh separatist terrorists Araik Harutyunyan was sworn in as "president" was shot down by our Army on October 4.