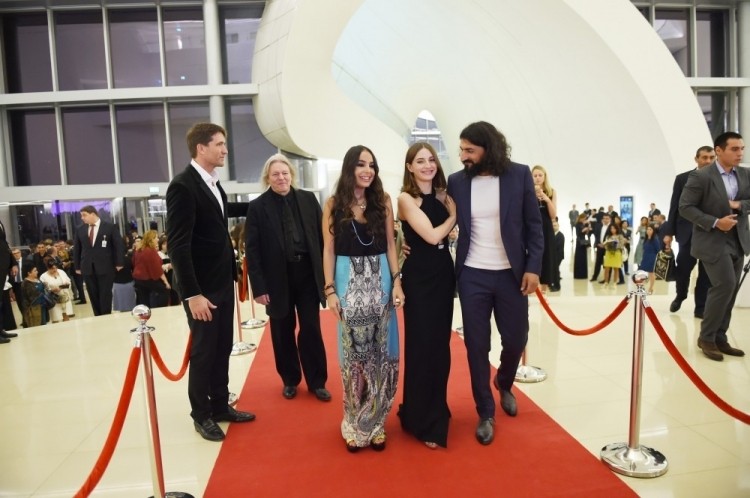 The premiere of the film “Ali and Nino” took place in Heydar Aliyev Center on 5 October.


The first lady of Azerbaijan, President of Heydar Aliyev Foundation Mehriban Aliyeva and Vice-President of the Foundation, director and executive producer of the project Leyla Aliyeva attended the premiere of the film.

Screened on the basis of Gurban Said’s novel of the same name – which is the world’s bestseller, the film tells the story of Azerbaijan’s struggle for independence and the love of two young people of different faiths against the background of Russia’s occupation of Azerbaijan in the early 20th century.

The film, which was premiered in the US, has already drawn attention of the world media. World media highly appreciates the music and cinematography of “Ali and Nino”. The materials distributed indicate that the film sounds nostalgic music that is romantic, sad and at the same time hopeful.


The film was made in accordance with the original work and on-screen work reflects positive and negative aspects in the relationship between two people.


The first premiere of the film “Ali and Nino”, which was shot in 2015, took place within the category “Premiere” of the US International Film Festival Sundance on Jan. 27.