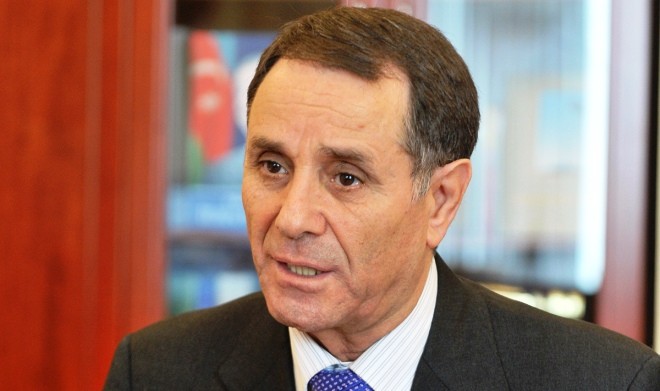 The statement made by the US Secretary of State John Kerry about unreadiness of the leaders to resolve the Nagorno-Karabakh conflict surprises and upsets us, Novruz Mammadov, deputy head of Azerbaijani presidential administration, chief of the administration's foreign relations department told reporters Oct.7.


Mammadov said it is surprising that outgoing Secretary of State of the country that is involved in the settlement of the conflict has made such a statement on the eve of elections. “It looks like a message to the world. Armenia claims that leaders are not ready to resolve the Nagorno-Karabakh conflict through negotiations. Let’s think that the negotiations are underway on the historic land of Azerbaijan – Nagorno Karabakh. How can they explain 7 adjacent districts’ being under occupation for more than 25 years and 760 000 people’s still living as internally displaced persons? If Armenia wants to liberate these 7 districts, it needs a preparation. Thus, the main mission was entrusted to the OSCE Minsk Group co-chairs, including the US. However, we haven’t observed any success in this regard so far,” said top official.


The presidential administration head called Armenian ‘occupying force,’ noting that the U.S. too has voted in favor of the adoption of the UN four resolutions demanding the return of Azerbaijan’s occupied lands.

“A number of other international organizations also have adopted resolutions and decisions in this regard. The presidents of the three OSCE Minsk Group countries too have said that the status quo must be changed. Taking these all into account, they could have uttered a sentence regarding the return of the seven [occupied] districts surrounding Nagorno-Karabakh. In that case, they would have the right to say the parties are not ready for the settlement of the conflict. For this reason, Azerbaijan rejects John Kerry's statement. We would like any U.S. authority to shed some light on Kerry’s statement in a language that everyone can understand,” he said.