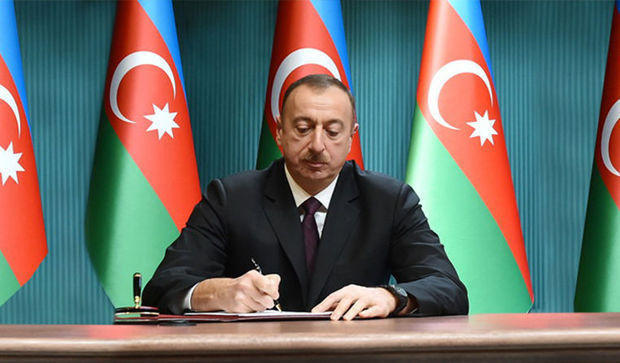 Article of President of the Republic of Azerbaijan Ilham Aliyev published on official website of the World Economic Forum.

"Azerbaijan’s success today is an outcome of comprehensive, specific and targeted efforts of the past few years.

Implementation of globally important projects in various sectors of the economy, including energy, not only made our country more capable, but also facilitated regional and international cooperation. In this regard, delivery of Azerbaijani natural gas to European markets via the Azerbaijan-led and Azerbaijan-initiated Southern Gas Corridor Project will substantially contribute to strengthening Europe’s energy security. In the context of this project, 87% of the work for the development of the Shah Deniz 2 gas-condensate field, 72% of the work for the expansion of the South Caucasus Pipeline, 60% of the work for the construction of the Trans Anatolian Pipeline (TANAP) and 30% of the work for the Trans-Adriatic Pipeline (TAP) have been completed. It is noteworthy that Shah Deniz is one of the largest gas fields in the world with proven reserves of at least 1.2 trillion cubic metres.

We also launched major projects to further strengthen Azerbaijan’s transit potential. This year, construction of the Baku-Tbilisi-Kars railway is scheduled for completion. The implementation of this project will consequently decrease the transportation time of the goods from China to Europe from between 25 to 30 days to 12 to 15. Meanwhile, all the construction works on the Azerbaijani segment of the north-south transport corridor were finalized last year. Thus, Azerbaijan is turning into a crucial transportation hub. Today, priorities for our economic policy are further diversification of the economy, while developing the non-oil sector.

Construction of industrial parks and zones are underway to ensure development of the industry sector. In 2018, several factories will open in the Sumgait Chemical Industrial Park with investments amounting close to $2 billion. Production of cotton, tobacco, hazelnuts, tea, silkworm cocoons and other export-oriented products will increase and the number of agro parks and large farms will expand. In order to ensure development of an information sector, the quality of services and the country’s potential as an information transit corridor will further progress. The initiation of the electronic visa and the introduction of tax-free systems, as well as the recent hosting of large-scale events, such as the European Games and Formula 1 racing, significantly contribute to the development of tourism in the country.

Our achievements are tangible and visible, but we face challenges as well. The ongoing global economic crisis affected Azerbaijan’s economy too, decreasing income and leading to a 10.1% devaluation of the national currency during the past year. Nevertheless, we are successfully overcoming these challenges through relevant measures. To ensure more sustainable development, a strategic roadmap has been adopted; comprehensive structural, institutional, monetary, financial and other reforms have continued; tax and customs management has improved; and transparency is ensured in all the areas. As an example, customs collections increased by 53%, despite a decrease in trade turnover over a period of 10 months in the past year.

Azerbaijan’s strength is not only in its economy: Azerbaijan is a multi-ethnic country. The representatives of different ethnic groups and faiths have been living here throughout centuries in an atmosphere of peace, mutual understanding and dialogue. A spirit of tolerance has always prevailed in Azerbaijan and 2016 was even named as the year of multiculturalism. Our country has already turned into a well-known host of global events on the dialogue between civilizations, religions and cultures. The 7th Global Forum of the UN Alliance of Civilizations, successfully held in Baku in 2016, is a good example to that end and a vivid manifestation of the world’s attitude towards the spirit of multiculturalism in Azerbaijan. The official visit of Pope Francis to Azerbaijan last year is particularly notable. During this historical trip, the head of the Roman Catholic Church sent very clear messages to the world. His valuable thoughts on multiculturalism in Azerbaijan reflect not only the reality but also the appreciation thereof by the leader of the World Catholics.

Azerbaijan is also very successful in sports, alongside all these other areas. The most modern Olympic sports complexes and other relevant facilities have been constructed in the capital city and the provinces. State support and modern infrastructure have substantially increased the interest of youth in sports. Athletic success at major sporting events is a good tradition now and Azerbaijani athletes proved this again at the Rio Olympics. In terms of medal count, our athletes won 18 medals and were ranked 14th in the world, 7th in Europe, 2nd among the post-Soviet states and first among Muslim countries.

Azerbaijan is also a world-known host in this sphere. In 2015, the first ever European Games and in 2016 the Formula 1 Grand Prix, with 500 million viewers from all around the world, took place in Baku. The attention of the international sports community will once again be focused on Azerbaijan this year during the Islamic Solidarity Games 2017. While strengthening international cooperation in sports, these events will also significantly increase the number of tourists visiting Azerbaijan, thus contributing to the development of the tourism sector.

I’m sure that 2017 will be the year of economic development for Azerbaijan. We will continue to implement efficient economic reforms. At the same time we will increase spending for socially-oriented initiatives. The diversification of our economy is almost complete. Now almost 70% of our GDP comes from outside of the oil industry. Our main target today is to diversify our exports. Measures taken in 2016 will lead to implementation of this goal. Azerbaijan is already ranked number 37 in the World Economic Forum’s Global Competitive Index (Number 1 in the Commonwealth of Independent States) and we are determined to strengthen this progress".