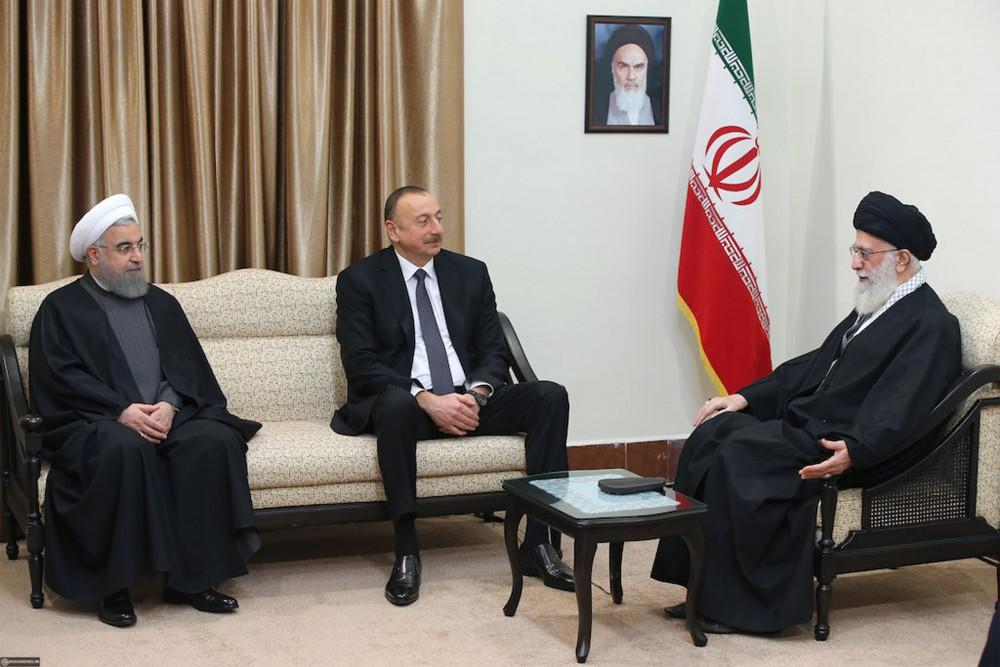 President of the Republic of Azerbaijan Ilham Aliyev has met with Supreme Leader of the Islamic Republic of Iran Sayyid Ali Khamenei.

President Ilham Aliyev recalled with pleasure his meetings with Supreme Leader of Iran Sayyid Ali Khamenei. The head of state said Azerbaijan and Iran are close friends and neighboring countries. President Ilham Aliyev said Azerbaijan-Iran ties have been very well developing over the last years. The head of state pointed out excellent relations between the two countries in political, economic and other fields. "Azerbaijan and Iran actively support each other within international organizations."

President Ilham Aliyev said regular reciprocal visits strengthen the bilateral relations, noting the importance of the fact that about 20 documents have been signed and a number of decisions have been adopted during these visits.

President Ilham Aliyev hailed growth in trade between the two countries. The head of state described the North-South transport corridor project as a historical event, saying it will play an important role in bringing not only Azerbaijan and Iran, but, in general, other countries closer to each other.