Future activity will be based on new economic model 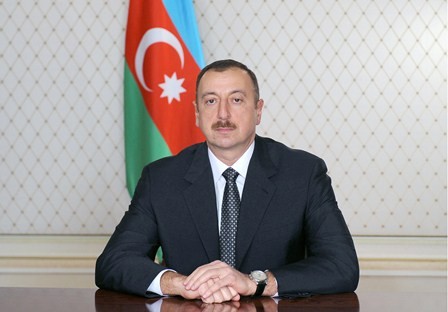 “About 30,000 new workplaces were created in the state sector in the first term of this year”

The Nagorno-Karabakh conflict remains unresolved because of Armenia’s non-constructive position and the indifference of the OSCE Minsk Group co-chairs who deal with the settlement of the conflict.


Azerbaijani President Ilham Aliyev made the remarks on March 19 at the nationwide festivity on the occasion of Novruz holiday in Baku.
He said that Azerbaijan’s position in the settlement of the conflict is based on the international law and justice: “The advantage on the line of contact is on the Azerbaijani side.”
The head of state mentioned that political and economic reforms in the country have deepened in 2016, and work is done on reducing the economy's dependence on the oil factor. “Future activity will be based on new economic model. About 30,000 new workplaces were created in the state sector in the first term of this year. Though incomes have reduced, salaries and pensions have increased 10%, and this is a rare in time of crisis in the world.
According to the president, Azerbaijan is implementing great energy and transport projects. “Our country will get political and economic profit from the implementation of these projects”, added the president.
Comments
See also
Latest