Group of high-ranking officers was suspended 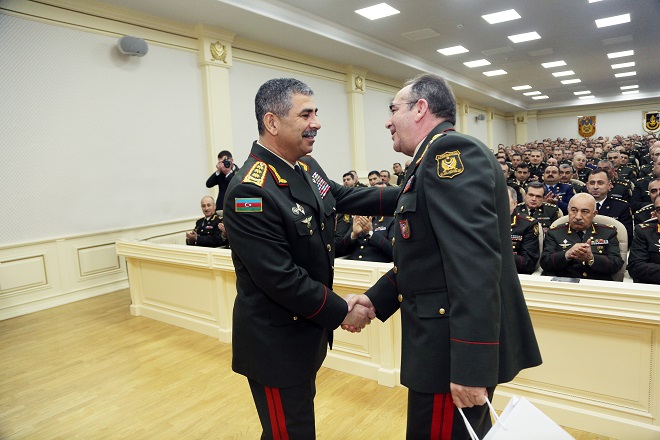 Service meeting was held under the leadership of the Minister of Defense Colonel General Zakir Hasanov on March 28.

After paying tribute to the memory of the national leader Heydar Aliyev and the shehids (martyrs) who died for the country, the relevant executive order of the President of the Republic of Azerbaijan, Supreme Commander-in-Chief Ilham Aliyev about the transferring to the reserve and sending into retirement of a group of high-ranking officers was promulgated to the military personnel.

By the order of the Minister of Defense, officers were awarded valuable gifts for their honourable service in the Armed Forces, as well as for special services in protecting the territorial integrity of the country.