They have acted so shamefully... - President 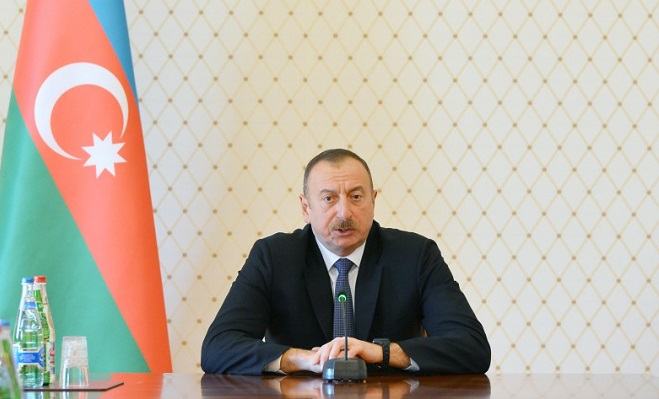 It was said by the country’s President Ilham Aliyev as he addressed the meeting with a group of servicemen on the anniversary of the April victories of the Azerbaijani army.

The president noted that Azerbaijan’s flag is now waiving in the territories of Fuzuli, Jabrayil and Aghdere districts, which were liberated as a result of the April battles.

“These battles show that the Azerbaijani state and people will never reconcile with occupation and will restore its territorial integrity by all means,” said President Aliyev.

The head of state said that the April battles also proved the professionalism of the Azerbaijani army.

“Despite carrying out the counterattack from unfavorable locations, our army was able to liberate strategic positions. Today, these strategic heights and positions liberated from occupation make it possible to fully control the situation on the contact line of troops and take the desired measures,” added President Aliyev.

The president stressed that the April battles should be dealt with in military textbooks.

“From the standpoint of professionalism and the spirit of patriotism, the April battles once again showed that the people of Azerbaijan are a heroic people and they will never reconcile with the current situation. They showed that the people-government unity in Azerbaijan is ensured at a high level and is becoming strengthened,” added Ilham Aliyev.