The statement of EU High Representative 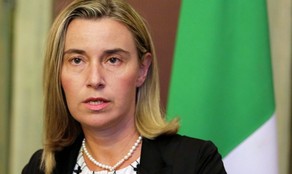 The EU High Representative/Vice-President Federica Mogherini issued a statement on the escalation in the Nagorno-Karabakh conflict.

"Reports of heavy fighting along the line of contact are deeply worrying.

I call on the parties to stop the fighting immediately and observe the cease-fire. The sides must show restraint and avoid any further actions or statements that could result in escalation"- the statement said.

"The European Union deplores the loss of life, in particular the reports of civilian casualties and deaths.

The European Union fully supports the efforts of the OSCE Minsk Group and the three Co-Chairs. We expect both sides to respect strictly the ceasefire, refrain from the use of force and resume efforts towards a peaceful resolution of the Nagorno-Karabakh conflict"- Mogherini said.