Saakashvili: "It is Putin's provocation" 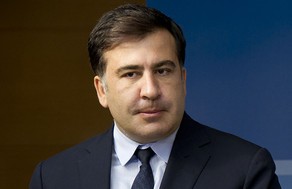 What happened couple of days ago strongly resembles a trademark Russian provocation.

It was stated by the head of Odessa Regional State Administration, the former president of Georgia, Mikheil Saakashvili.

"What happened couple of days ago strongly resembles a trademark Russian provocation, this time directed against Azerbaijan and Turkey, which is harming Armenia as well. I always knew Moscow had been preparing for the unfreezing of the Karabakh conflict for quite some time already." - stated Mr Saakashvili on his Facebook page.

"By stirring up the conflict Moscow will try to achieve several targets: seize the area with the main Azeri oil and gas pipelines, and thus deprive Europe of alternative energy sources from Azerbaijan."

The official stated an opinion that "We shall all wait until the moment when Putin will inevitably get weaker in the years to come and then find a negotiated settlement to the outstanding regional issues".

"I am urging all the sides for extreme caution and restraint as much as it is possible with regards to the military hostilities that erupted between Armenia and Azerbaijan."