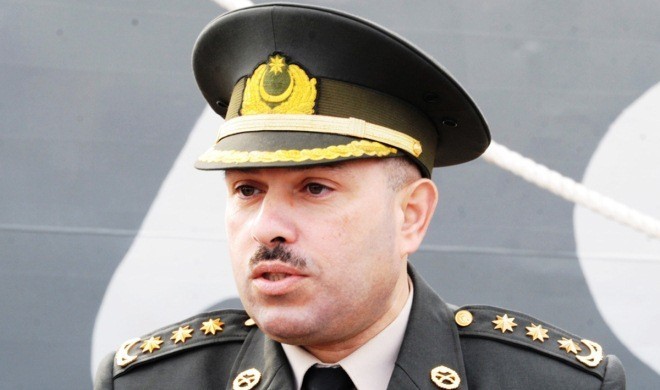 Armenian President Serzh Sargsyan, as well as high-ranking military officers and various experts’ admitting Azerbaijani armed forces' strength, power and military heroism, following the recent fights, once again showed and proved that the enemy is indeed in fear and panic.

Spokesman for the Defense Ministry, Colonel Vagif Dargahli made the remarks Thursday.

“Azerbaijani army has been supplied with modern arms and ammunition, combat vehicles, high-precision munitions and other military equipments that are able to destroy enemy targets at long ranges thanks to care and attention of President, Supreme Commander-in-Chief Ilham Aliyev,” he said.

Dargahli said the means that our Armed Forces used against the enemy in the latest battles is a small part of our military potential. “If the enemy continues the provocations against us and does not leave the occupied territories, great “surprises” will await them. The military equipment, weapons and ammunition enable us to provide the liberation of our lands, to force the enemy to peace through the use of more precise and destructive power means against them.


The fighting spirit and winning will of our people, as well as our Armed Forces are at a high level and we will gain victory by responding to any provocation of the enemy, destroying them and liberating our lands!”, said Dargahli.