"No Azerbaijani drone downed over Khankendi" 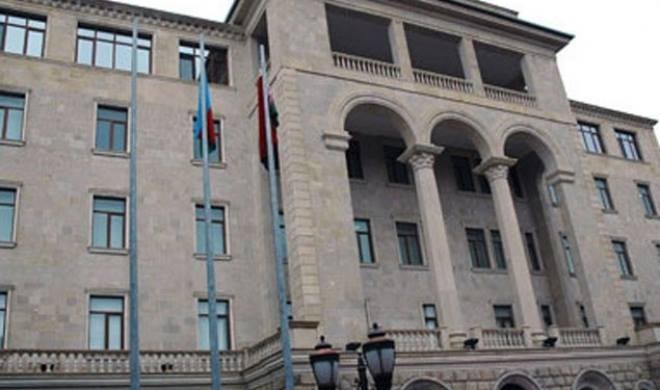 Azerbaijan's Defense Ministry has dismissed the recent Armenian media reports, which said that allegedly an Azerbaijani unmanned aerial vehicle was downed over the city of Khankendi, located in the Azerbaijani lands occupied by Armenia.

"The Armenians are so scared and panicked that they see a threat to themselves everywhere," said the Defense Ministry in a statement Apr. 8. "The Armenians, haunted by Azerbaijan's special forces and combat aircraft everywhere, are now reporting about Azerbaijani drones flying over the occupied lands."

The ministry added that every time an international delegation arrives in Khankendi, the Armenian side resorts to frauds by presenting a drone, which allegedly belongs to the Azerbaijani side and was downed by their forces, and asks for help.

"Disseminating such false and unfounded information, the Armenian side is seeking to mislead representatives of international organizations and community to pave a way for future provocations," added the Defense Ministry.