"We are always with Azerbaijan" 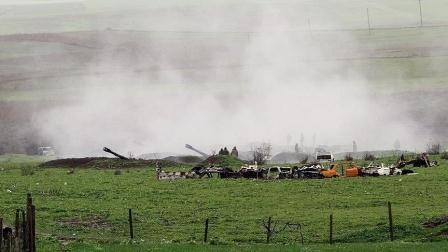 Residents in the Iraqi Kirkuk city Turkmens condemned the Armenian aggression against Azerbaijan and expressed their readiness to help their compatriots.

“The Iraqi Turkmens have always been an integral part of the Turkic world, took part in all his battles,” - said the head of the Union of Turkmen soldiers Ahmet Yilmaz.


"A century ago, our ancestors in the Turkish army gave their lives defending Azerbaijani lands", - he said.

"We are ready to defend Azerbaijan, just as we came to the defense of Kirkuk against the terrorist organization of the IS," - said a member of the "Union of Turkmen soldiers" Yunus Bayragdar. "Turkmens are always with Azerbaijan," - said Bayragdar.