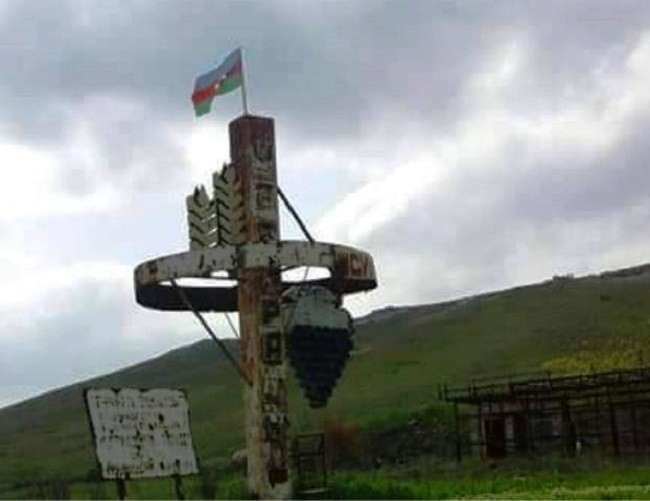 The Azerbaijani flag waves in Jojug Merjanli village, the entrance of Jabrayil region after 23 years.

We are proud that our glorious flag waves in Karabakh lands for the first time after 23 years.

Jojug Merjanli village of Jabrayil was occupied by Armenians in 1993. Although the Azerbaijani side liberated the village in 1994 in terms of Horadiz operation, heights were under the control of the Armenian sides. In this regard, it was dangerous to enter the village.

The latest military operation of the Azerbaijani Armed Forces allowed to safely to enter the Jojug Merjanli village. currently, the land mines are being removed from an area.