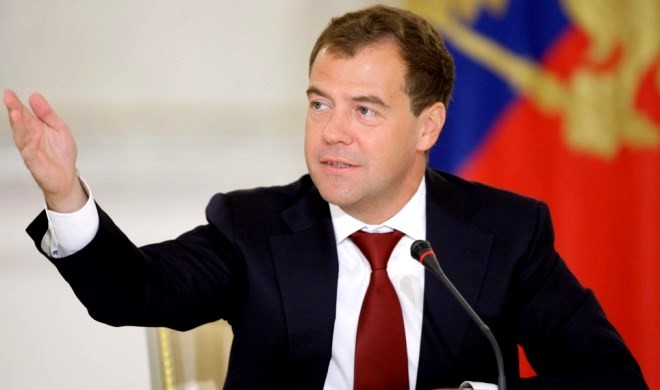 "Everyone wants to change the situation."

"If you ask me, choosing between keeping the conflict frozen, that is rejecting its speedy solution, and the value of human life which is sacrificed for the resolution of the conflict, I would choose the first. That is, it is better to keep the current situation without bloodshed," Medvedev said in an interview with Vesti v subbotu program.

He said 'everyone wants to take part in the conflict settlement and change the situation.'

"Any many politicians see their responsibility before the future generations in this. That is, they want to pass nlot a frozen but a resolved conflict to future generations. The problem is that this conflict, like any other conflict, can be settled by a completely definite way and any way of conflict settlement will be suitable for some and improper for others," Medvedev said.