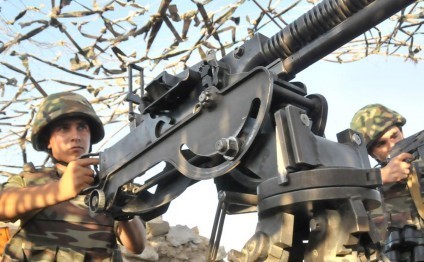 Moreover, Azerbaijani army positions located on nameless uplands and in the Aghdam, Alibeyli and Kokhanebi villages of Tovuz district were fired at by Armenian armed units stationed in the Chinari, Mosesgekh villages of Berd district.

In consideration of the operational situation, Azerbaijani armed forces carried out 124 retaliatory strikes on Armenian positions.