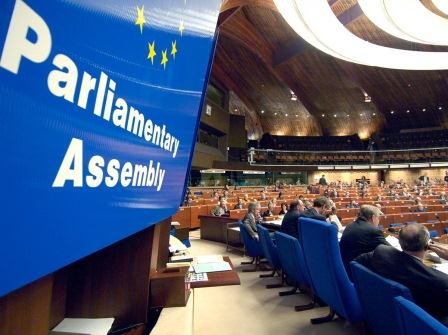 The PACE Monitoring Committee’s special Sub-Committee on conflicts between member states of the Council of Europe held on Thursday its first meeting as part of the Assembly’s spring session.

The latest developments on the line of contact between Armenian and Azerbaijani troops were discussed at the meeting.

Though the details were not publicized as the discussions were confidential, it became clear that the Armenian side refused to continue discussions in this format.

Head of the Azerbaijani delegation to PACE Samad Seyidov, who had participated in the meeting, told that although the Armenian side hade made statements full of lies and slanders in the PACE sessions, when concrete facts are being discussed at the Committee’s meetings, they say the discussions are unimportant.


“We promised not to say anything of the discussions’ details. All I can say is that there took place exchange of ideas and the Armenian side made a few more statements far from constructiveness. What is even more interesting is that they run away from discussions on concrete facts. And at the Assembly’s plenary meetings, they just try to present lies. But when it comes to concrete discussions and facts they say the discussions are unimportant and need to be closed,” Seyidov stressed.