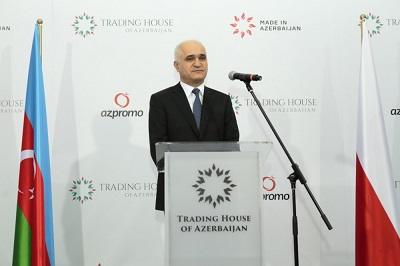 Azerbaijan and Russia’s Karachay-Cherkessia Republic have the potential to expand cooperation in the industry, agriculture, investment, tourism and other fields, Azerbaijan’s Economy Minister Shahin Mustafayev said.

Mustafayev made the remarks at a meeting with Head of Karachay-Cherkessia Rashid Temrezov.

The minister noted that Azerbaijan closely cooperates with the subjects of Russia and is one of the main investors in the North Caucasus.

The minister stressed that thanks to the political will and joint efforts of the presidents of Azerbaijan and Russia, the ties between the two countries reached the level of strategic partnership.

Concessional lending to investment projects, the creation of industrial parks, agroparks, the application of investment and export promotion mechanisms and other measures play a special role in the development of entrepreneurship in the country, he added.

It is no coincidence that in the last Doing Business 2019 report, Azerbaijan entered the list of ten reformer countries and improved its position by 32 notches, he said.